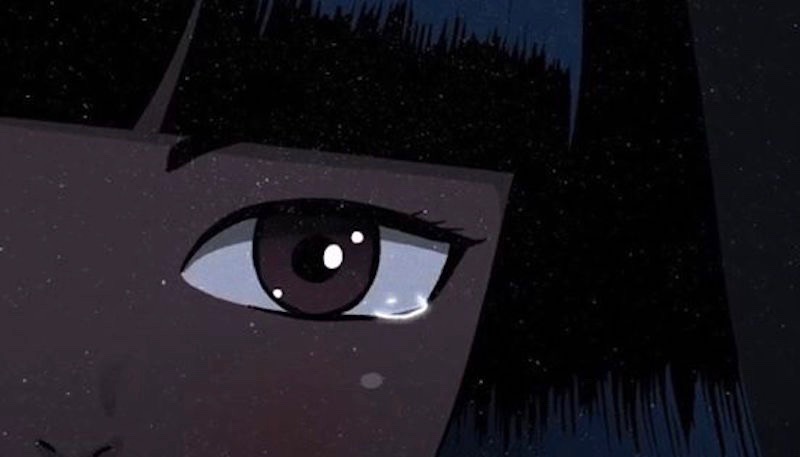 “What is this fragment of humanity that I love and fear?
Some may say that human beings are cruel and stupid creatures.
The time has come to end the crucifixion.
This fragment perpetually pulls me in and repels me.
When trauma and drama takes the space of beauty and presence.
I see it in others and
I want to expose it
I want them to own it
Claim it
Melt it
To dissolve it
Humans live for reflection
And wallow in projection.
Yet in all honesty,
I know that it is there
when I look in the mirror.” ~ Baba Dez Nichols

Healthy shame is energy in motion which allows us to know our limits and boundaries and mobilises us to get our needs met. When healthy shame is not felt and owned, it goes into the psychic shadow and is projected on to others as toxic shame. Toxic shame is the root of so much dysfunction, including emotional illness, addiction and co-dependency.

Many years before founding the International School of Temple Arts (ISTA), Baba Dez Nichols had a vision of how the temples of old came crashing down. The fall was fuelled by envy, greed, resentment, competition and misuse of ritual within the temple. Spiritual dogma polarised us and created separation. The rhetoric of guilt, fear and shame backed up by force created mass trauma and dissociation. A huge gap in our individual and collective emotional embodiment was the result.

The threat is not so external these days. It has been internalized through toxic shame. Toxic shame is a desperate form of control passed on through generations. It gives us the illusion of safety and yet also keeps us powerless. We believe and follow societal norms, striving for more money, more success, more sex, more possessions etc. continuously looking externally to fill the unbearably large void that lies within.

"We are all in a posthypnotic trance induced in early infancy." Ronald Laing

Toxic shame begins in childhood when the vulnerable aspects of self are exposed before we are ready and we have no choice or ability to protect ourselves. These vulnerable parts are then pushed away and hidden from the self, dissociating us from our core feelings and allowing us to emotionally bypass our suffering, accountability and responsibility.

"The split off parts of our internal experiences (our feelings, needs and drives) clamor for expression. They are like our hungry dogs locked in the basement. We must find some means to quieten them. One way is through feeling conversion […] we convert what is forbidden or shameful into another more acceptable or more tolerable feeling." John Bradshaw

Other common ways of quietening our hungry dogs include the ego defenses of identifying with the aggressor to incorporate their traits, denying what is going on, numbing out, projecting onto others, and disassociating by denying, regressing and engaging the imagination to distract us.

"People in authority often use shamelessness to avoid their felt sense of toxic shame, which includes ‘perfectionism, striving for power and control, rage, arrogance, criticism and blame, judging, envy, people-pleasing and being nice. Each behavior focuses on the other and takes the heat off oneself." John Bradshaw

Instead of union, honoring and leaning into love, separation, domination and violence is normalized. Toxic shame maintains entitlement that reinforces power over the other.
It has been passed down though all aspects of life including religious, social, school and family systems. It is now considered normal and acceptable in almost all cultures. Toxic shame permeates throughout our modern culture and rarely gets challenged because we have internalized it.

“Internalized patriarchy is the basis of competition and comparison. Internalized patriarchy is why toxic masculinity (whether in men OR women) feels the need to slight or cut down others to feel powerful. Healthy masculine energy asks how can I use my power to help? Truly sovereign people feel no need to compare themselves with others. They are on their own paths, paving their own way forward through their own internal moral compass.” Kali Kat

Those not able to own their fear of being unworthy or unlovable which is underneath judgements, unkind actions, and attacks are covering their toxicity with authority, righteousness, arrogance and strategic shaming of others.

Attempting to hold toxic shamers, and those in collusion with them, accountable for their inappropriate behaviors and actions is virtually impossible. Toxic shame is part of their identity, their state of being which influences the whole of who they are. This is incredibly painful because the toxic shamers feel flawed deep within. Masked by self-importance, not only do they hide their shame from others, they also hide it from themselves. To acknowledge and feel this toxic shame feels like death to the false self they created to protect themselves.

Toxic shamers feel terrorized by anyone who attempts to hold them, or those in collusion with them, accountable. In a culture of toxic shame they will garner overwhelming support to keep the delusion alive. Anything to keep the unconscious false self image intact. Anything to avoid the death of the false self.

"Toxic shame is true agony. It is a pain felt from the inside, in the core of our being. It is excruciatingly painful" John Bradshaw

Rejection is akin to death for most toxic shamers. It reconnects them to their buried wounds. They will criticize and blame in an attempt to offload their difficult feelings, which they try to avoid at all costs. Responding with defensiveness causes the shame to be passed on. Understanding the alarming pervasiveness of Toxic Shame is the first step.

What can be done to heal the shame that binds us?

Reclaiming and vibrating the emotional body through self activation.
Empowered communication of observations without interpretation.
Self Love, Self sexual initiation and activation meditations
These and many other powerful tools and technique are shared at the ISTA weeklong retreats offered in over 40 countries around the world. It is through the lived experience of heart and soul embodiment that we can start to break through the veil of toxic shame.
After we educate ourselves, the key is through Embodied Love.